Hangars were added in Alpha 36 and are used to repair aircraft. An aircraft occupying it may take anywhere from 15-30 hours while a repair is on-going. Aircraft park on them similarly to normal stands/gates. Both medium and large hangers will require a service road connection to push aircraft out of the hanger, while small aircraft will smash their wings in the small hanger to exit it. 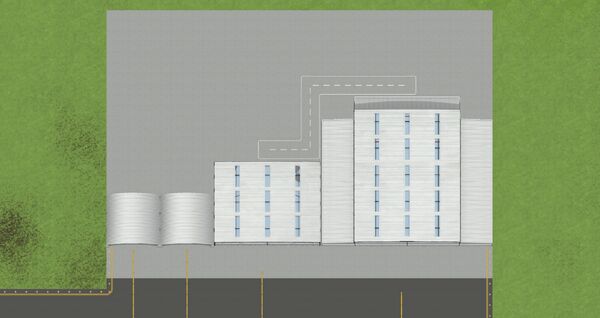 4 Hangers. GA Hanger, Small Commercial Hanger, And Medium Hanger, And Large Hanger (From Left to Right). This area of the airport is still being developed by the CEO of this airport.

There are three sizes for hangars. Small, medium, and large.

The Hanger Size are as follows: